Design for Healing and Health

Recently, I presented at a symposium on biophilic design. My topic was designing for health and healing, and I shared a story from my book. The re-telling, and feedback I received, highlighted the power of stories; the relating of a human experience is a potent teacher.

Research has allowed us to fully acknowledge, and further understand, innate human responses to nature, including all the patterns, forms, shapes, materials, smells ands sounds. Humans, as biological beings, are triggered both psychologically and physiologically by their surroundings. Peopleinstinctively react in a negative manner to a built environment that is neurologically non-nourishing and can actually cause physical anxiety and distress.

Studies which examined human responses to design stimuli, concluded that the primal flight or fight response is increased when individuals are exposed to hard edged architecture rather than curving contours. Thus, in chaotic, unsettling environments the body’s sympathetic system engages in fight or flight, the para-sympathetic nervous system is depressed. Fatigue, stress, frustration, irritability can result.

So the ability of nature and the architectural patterns of nature to trigger positive psychological and physiological responses are a valid and valuable tool. And this is what biophilic design is about.

Where hospitals have understood and utilised the principles of biophilic design, they have enjoyed benefits of higher and faster healing rates, reduced need of anaesthetic by patients leading to faster bed turnover and thus economic benefits. Primarily, the hospital experience improves for patients, staff and visitors.

The following story is about a rooftop podium garden created by renowned Canadian landscape architect, Cornelia Oberlander, after she spent some time looking out a window at a bare roof. 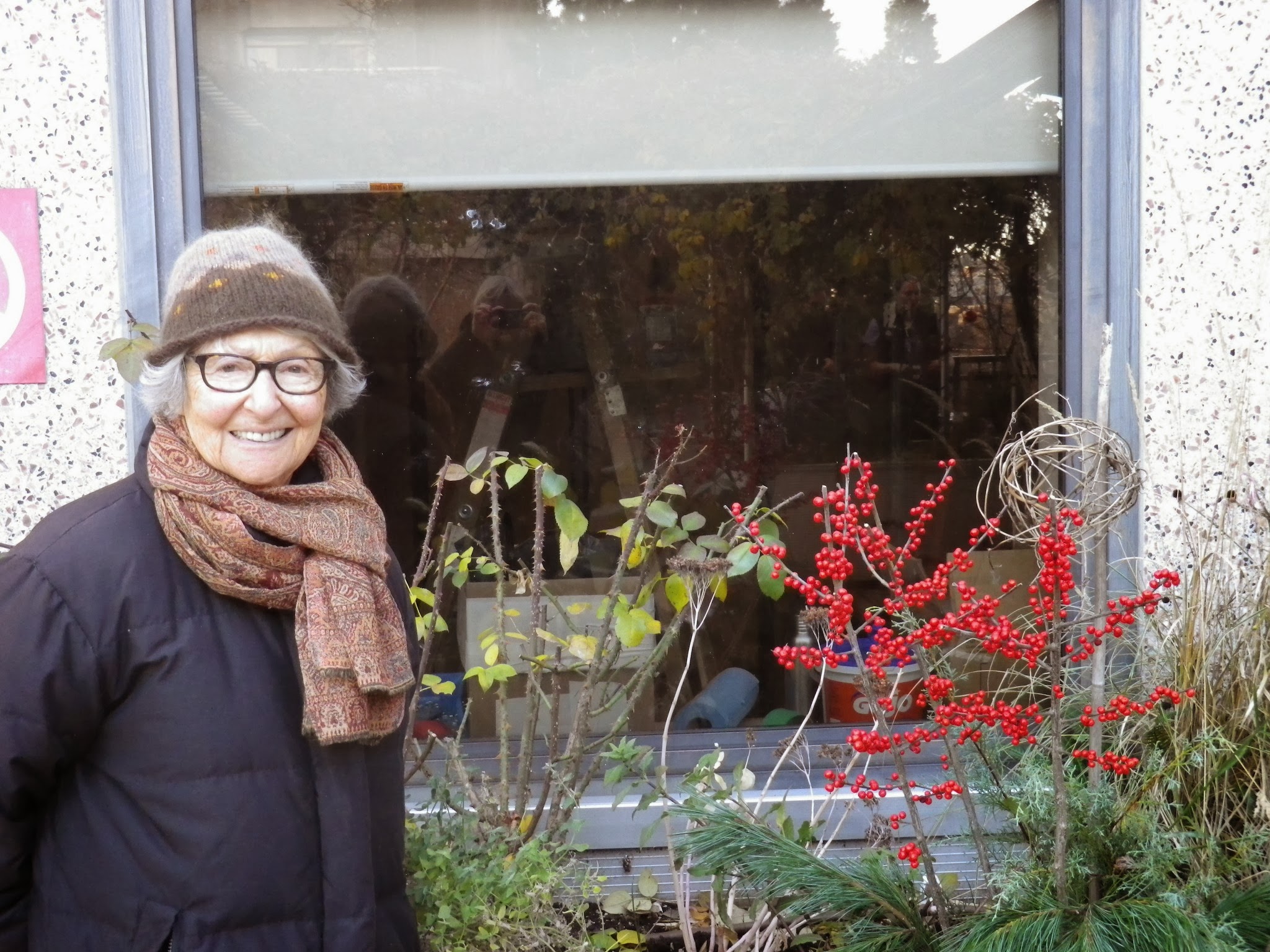 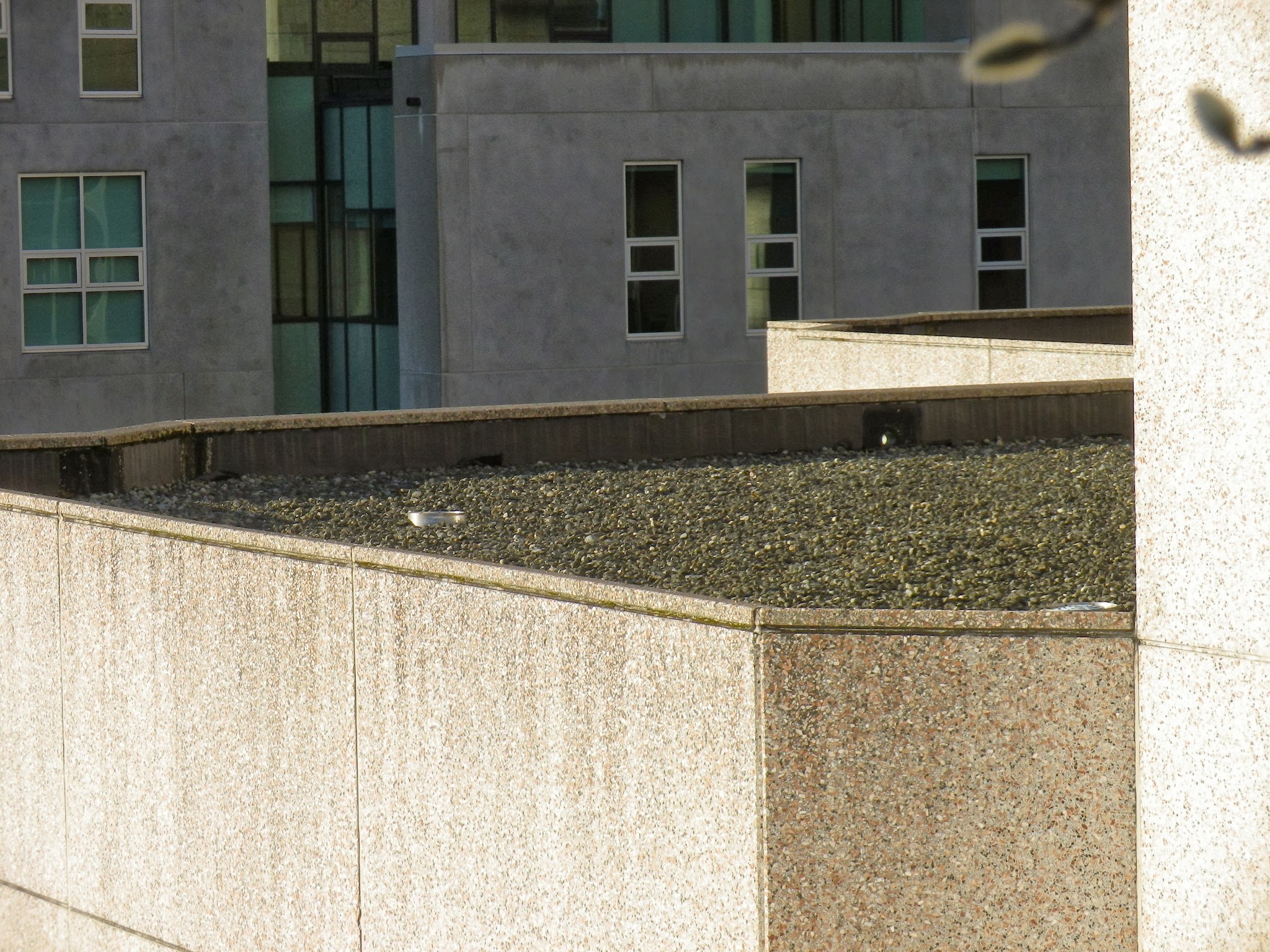 The words are mostly from an interview with a staff member. The podium is outside the burns unit. 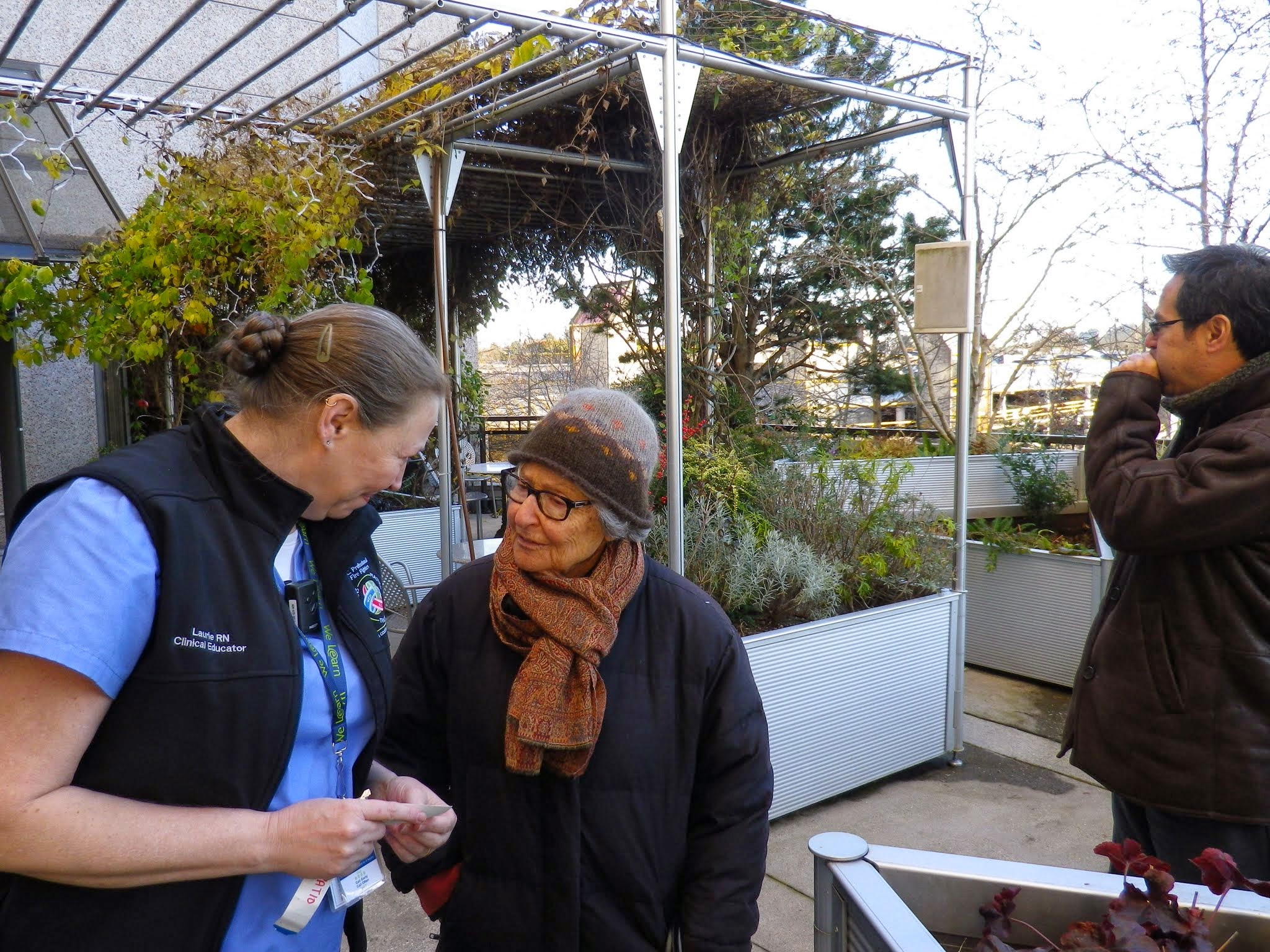 “There was a young girl, she was nineteen and she had many skin grafts and it was December. I went to see the garden and she was sitting there but the rain was coming down. She said she loved the rain and it soothed her skin. And then she tells me that when she has finished sitting there she takes a sprig of rosemary with her and then she can sleep well at night.” The nurse also recounted how restorative and de-stressing the roof was both for the patients who visited and for the staff. She said a lot of the burns patients were long term but the roof top had wheel chair access and they were able to come out and plant something in the garden and watch the plant grow. So life goes on.

The nurse explained that other health care providers really needed to come out and catch their breath here and often the patients’ families as well. She said it was definitely about de-stressing. They had to remove a rose bush as the patients didn’t like the fact it had thorns. They were very particular about the plants they liked and wanted ones that were nice to touch; they needed to touch them. The patients love the feather grasses to touch and they like the movement. For the staff, they may suffer vicarious trauma and the garden has become a necessary healing retreat.

The nurse explains that “it is a blessed relief for everyone that I can’t say enough about. That morning the birds had been singing out there. It’s about the sounds too. They have a waterfall and the ability to play music out there. It engages all the senses and it’s pleasurable. They are overstimulated in the ward, sometimes can get angry with the pain and the garden allows them the opportunity to come out where it doesn’t hurt, it’s life affirming. And the seasons! They can see the colours changing and know that the seasons are changing. Inside it’s all fluorescent and it’s all institutionalised so especially for the stress response, not only for the patients but for the families and the staff and the children.”

Cornelia also told of a boy who had watered the plants when he was there and when he left he told his mother he wanted to start a garden at home. We both acknowledged how, given a chance to connect with nature, it can inspire further desire.